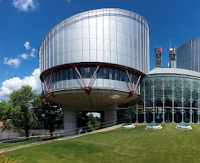 In a very nice collaboration, the research centre iCourts in Copenhagen and Verfassungsblog are organising an online public talk on Friday 29 May at 14h00 CET by the new President of the European Court of Human Rights, judge Robert Spano. The topic wil be judicial independence. The livestream can be accessed here. This is the formal announcement:
‘In his first public talk since taking over the presidency of the European Court of Human Rights, Judge Robert Spano will speak about “The Principle of Judicial Independence and the Democratic Virtues of Human Rights Law.” The talk will be followed by questions from the online audience, chaired by iCourts Director, Professor Mikael Rask Madsen.
President Robert SpanoThis event is a collaboration between iCourts – Centre of Excellence for International Courts at the University of Copenhagen’s Faculty of Law and Verfassungsblog, a journalistic and academic forum of debate on topical events and developments in constitutional law and politics.
The live stream will be freely accessible (no registration required) and will take place May 29th at 14:00 CET.
Following the talk, the audience will have the opportunity to ask questions through the chair by tweeting their questions to iCourts (@iCourts_jur) using the hashtag #AskSpano.’

Guest Post: Implementation of the ECtHR’s judgments – A Call for Greater Transparency

ABOUT US
Newspaper is your news, entertainment, music fashion website. We provide you with the latest breaking news and videos straight from the entertainment industry.
Contact us: contact@yoursite.com
FOLLOW US
© With #Meg
MORE STORIES